Balkan countries have a very long story of mining base and precious metals, copper mining started in the pre-historic sites and have struggled to break up all the numerous conflicts that have been taking place. The Balkans was the very first place in Europe where human society advanced faster, it largely depends on mining as an economic activity. The region is characterized by complex social and economic situations that may affect in different ways mines management and also in other cases waste water treatment.

The extraction has caused pollution of land and air, and exposure of the people with respiratory diseases caused by poorly maintained ash deposits in the surrounding regions causes death of miners. Moreover, the sinking of the earth causes lack of settlement for people around the mining area where they are forced to move because more minerals are available where they are.

The Balkans now have a problem of coping with its complicated situation where large number of sites have environmental impacts on human and animal health, high cost of remediation and the government is held accountable when liable owners go missing as they lack expertise to deal with the abandoned sites. Financials constraints is also a huge problem. To reduce the risks of accidents, security measures have been introduced. 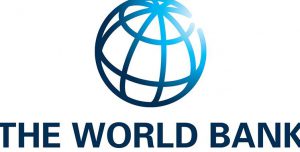 The effect of water is particularly severe in the Balkan region and they have many concerns which will soon reach a point where nothing can be done about the problem. investors have expressed interest in areas which are still rich in mineral resources. However, operations in environmental and social sustainable issues must be developed effectively which will attract potential investors in the region.

The world bank involved itself by awarding some money to attract private investors to develop the lignite mines and as well as building new capacity for thermal power generation of electricity. It can be hazardous for the government to get involved but they must improve all the mining activities as it is a major economic activity.